Wooden houses in Thailand were traditionally built as a prefabricated post-and-beam system that is enclosed and stiffened by paneled walls. Each ruen or dwelling unit can be assembled in-situ anywhere by a specialized trade of carpenters. The renovation of the century-old Ruen Pho Talay, which began with the need to replace some of the timber that was damaged by termites and the construction of a large condominium building next door, eventually turned into a full-fledge restoration project. The intent was to bring the old house closer to its original state, while at the same time, adapting it for contemporary, everyday living. After removing an earlier addition (an enclosed bathroom and stair) the re-assembled structure was raised enough to reclaim the naturally cooled “taitun” space beneath for a new cooking and living zone. Operable louvers were added to the gables to help vent-out the hot air from inside. The gap between the terrace and the bedroom levels was enlarged to encourage cross-ventilation. The air conditioning is now well-hidden inside a wardrobe that also divides the interior into two parts. And finally, the bathroom was built as a separate structure like an out-house, as it would have been in the past, with the added convenience of a connecting bridge (see Rain Bath House project). 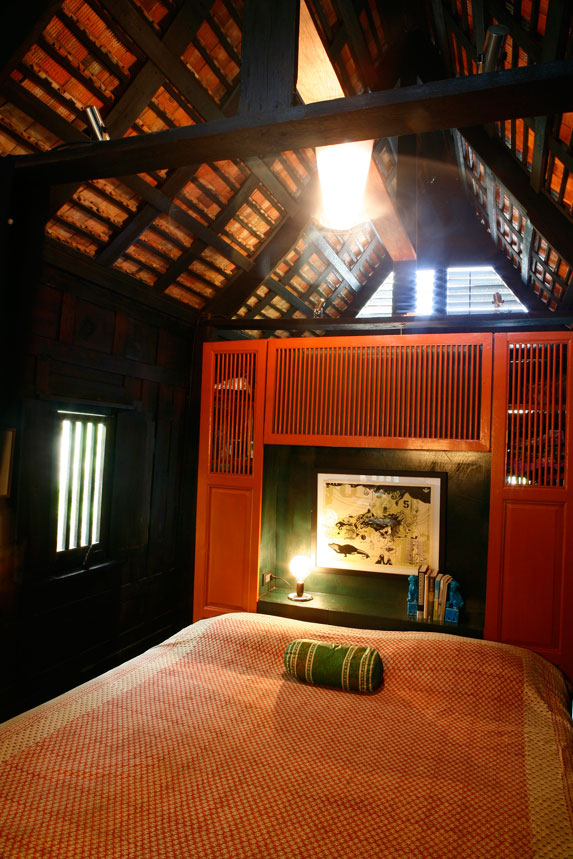 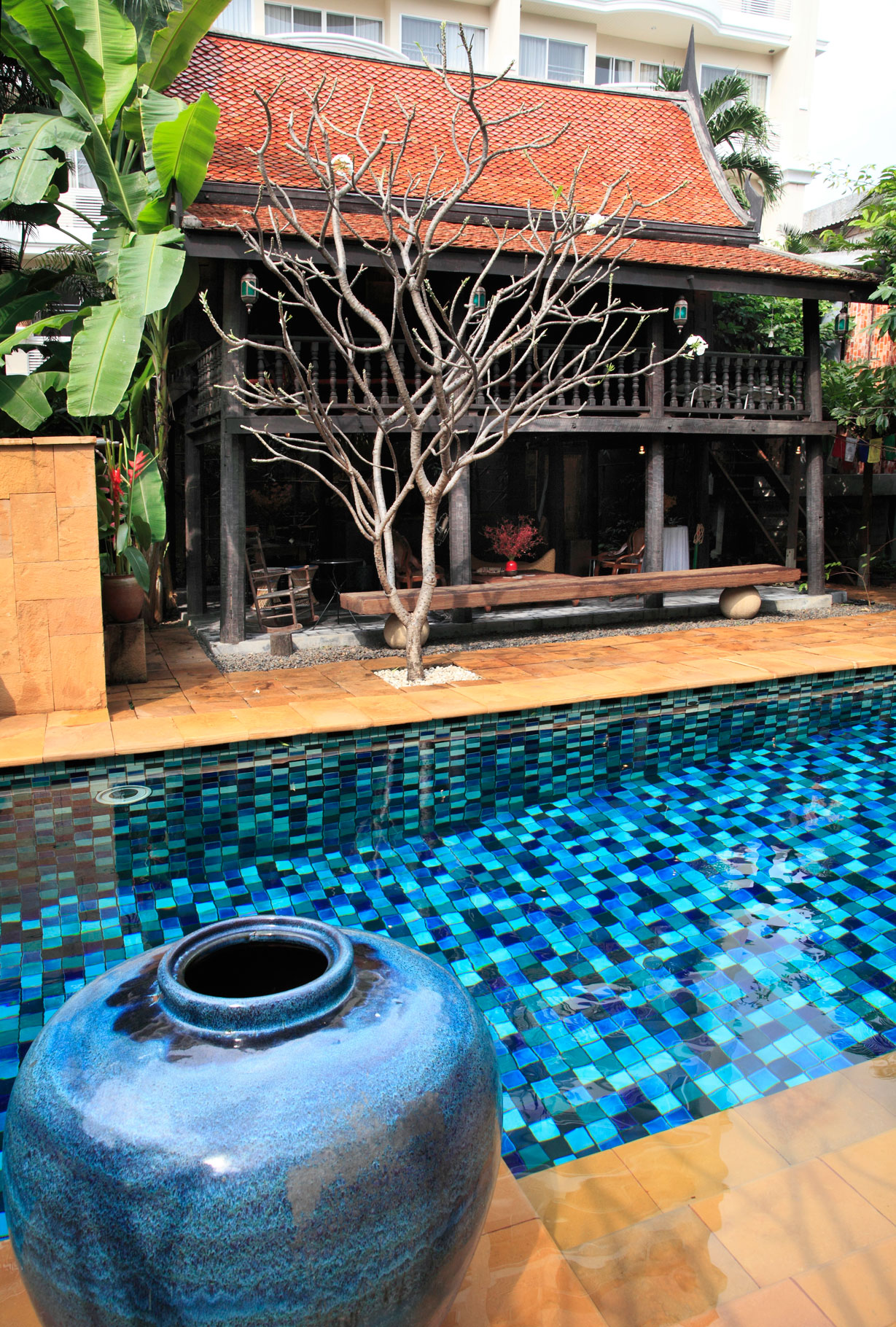 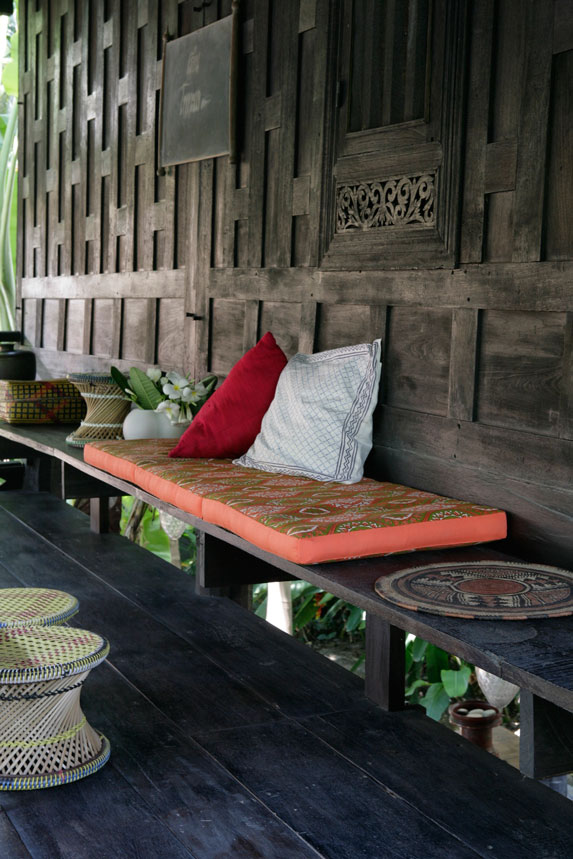 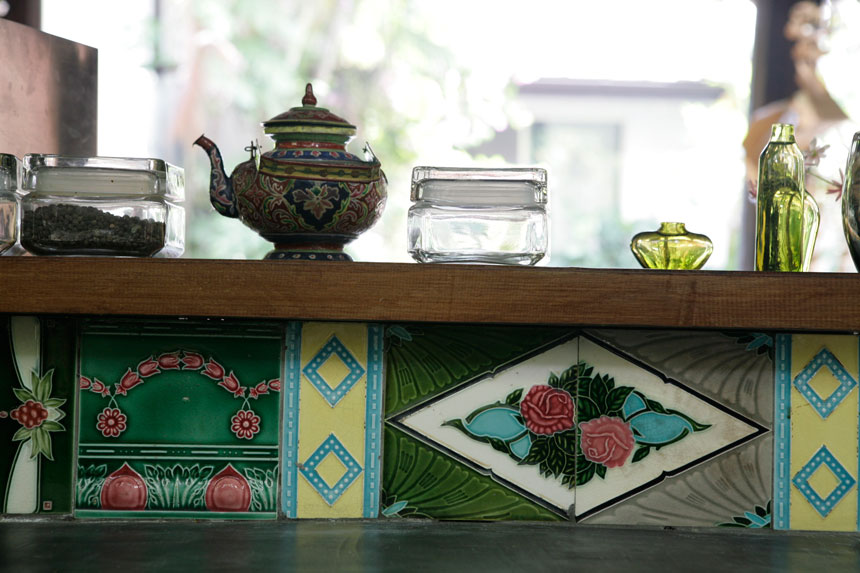 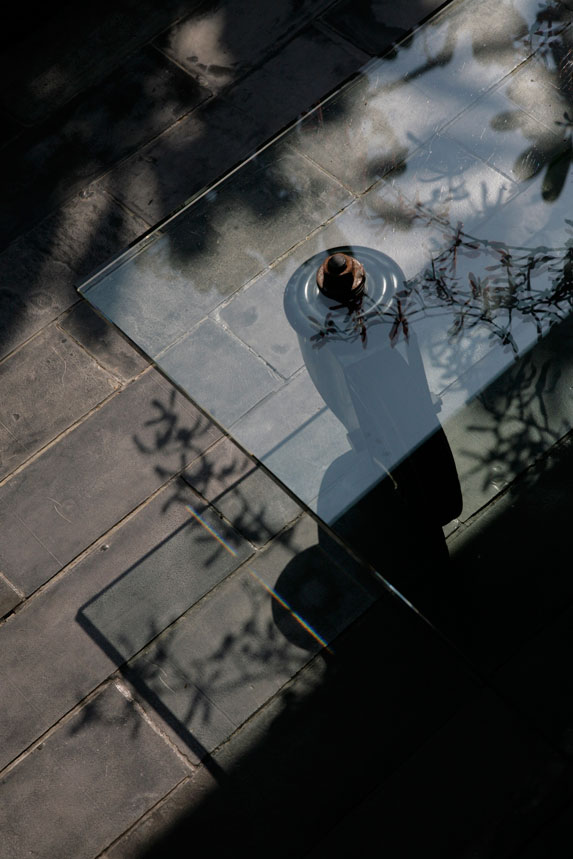 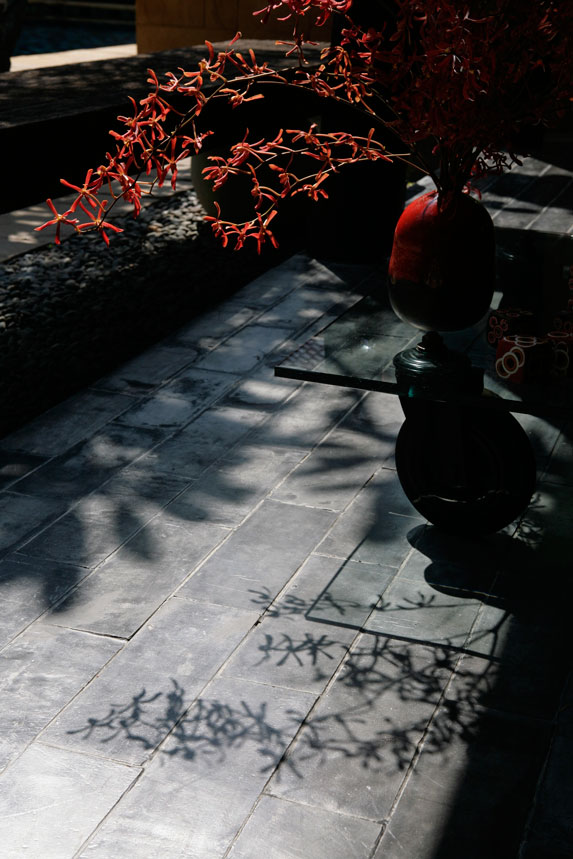 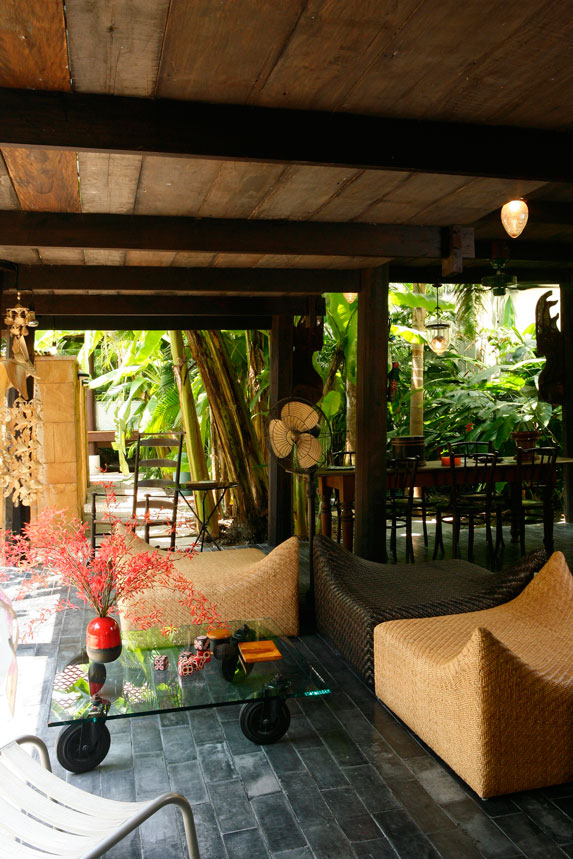 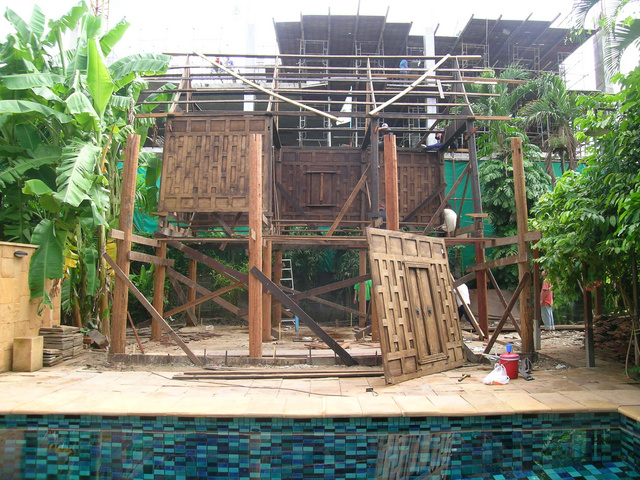 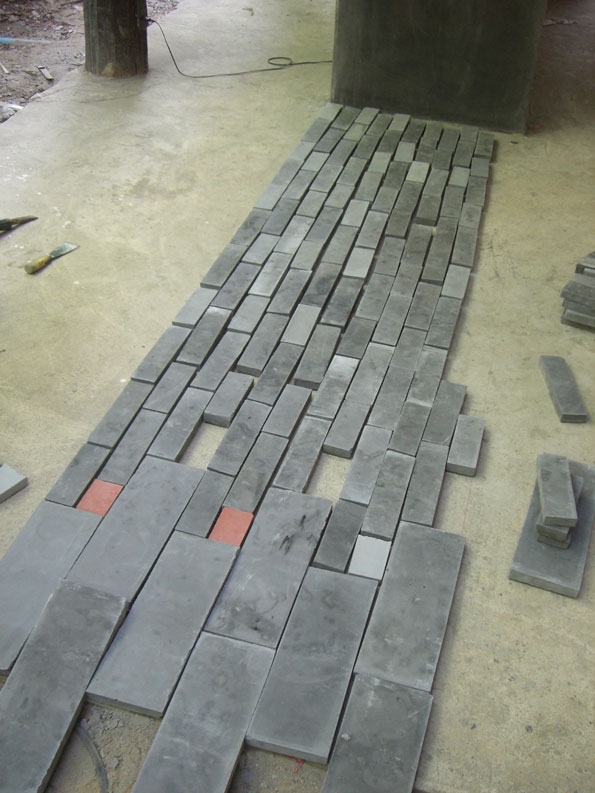 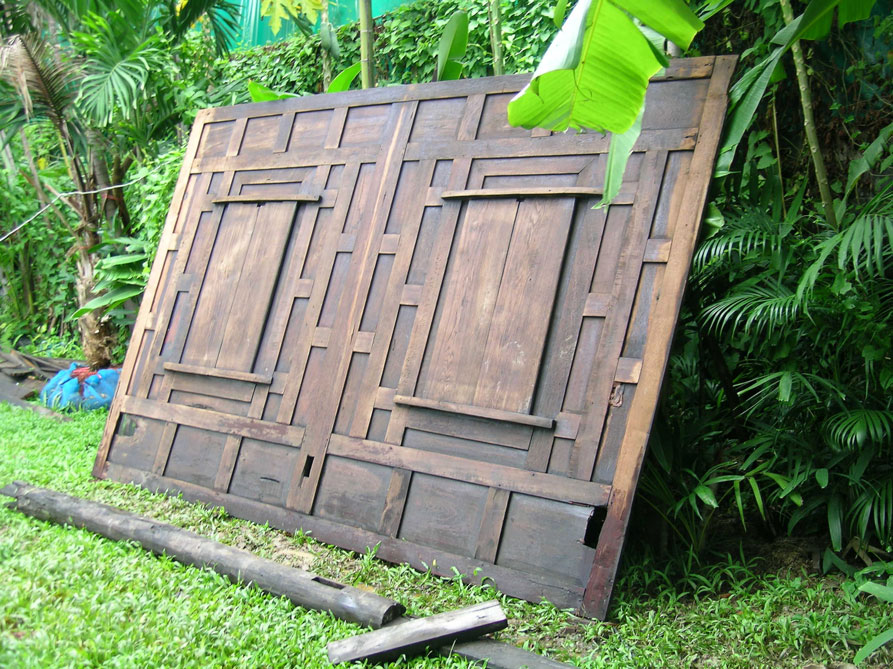 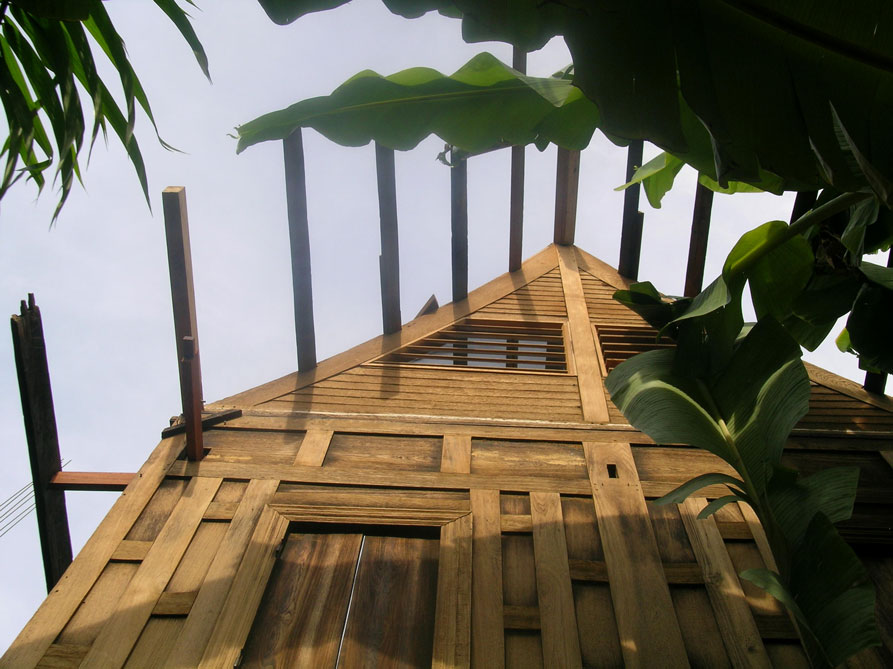 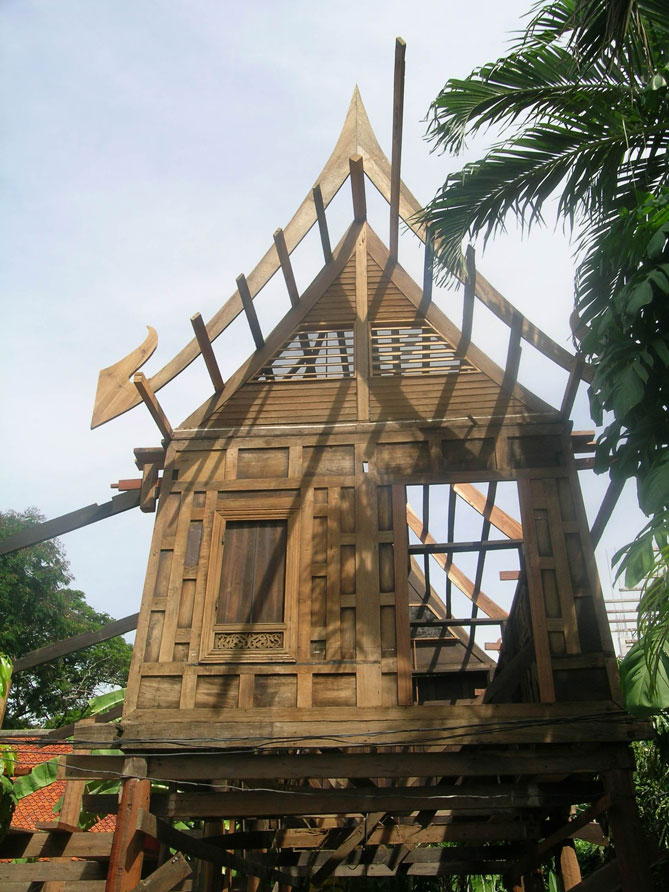 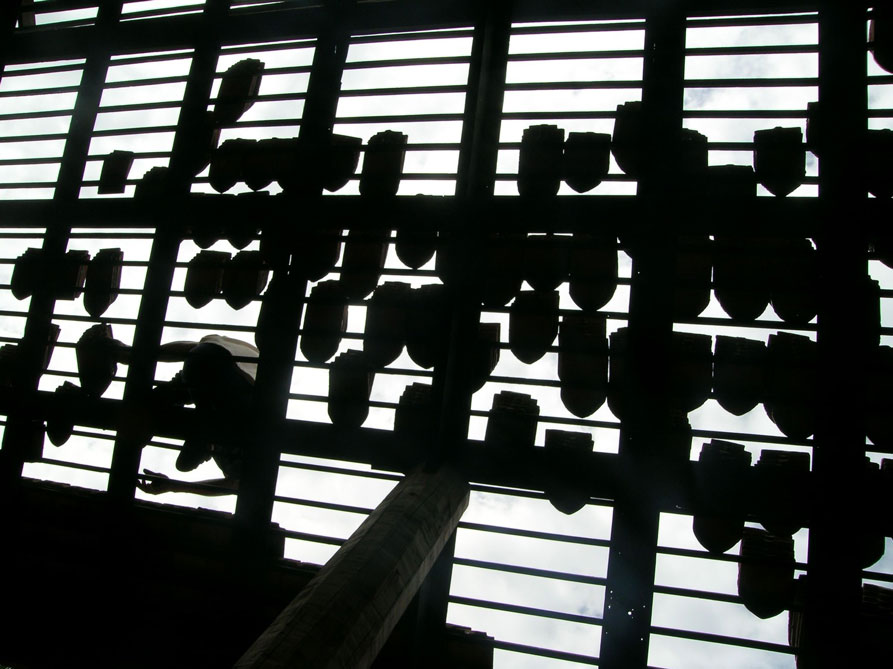 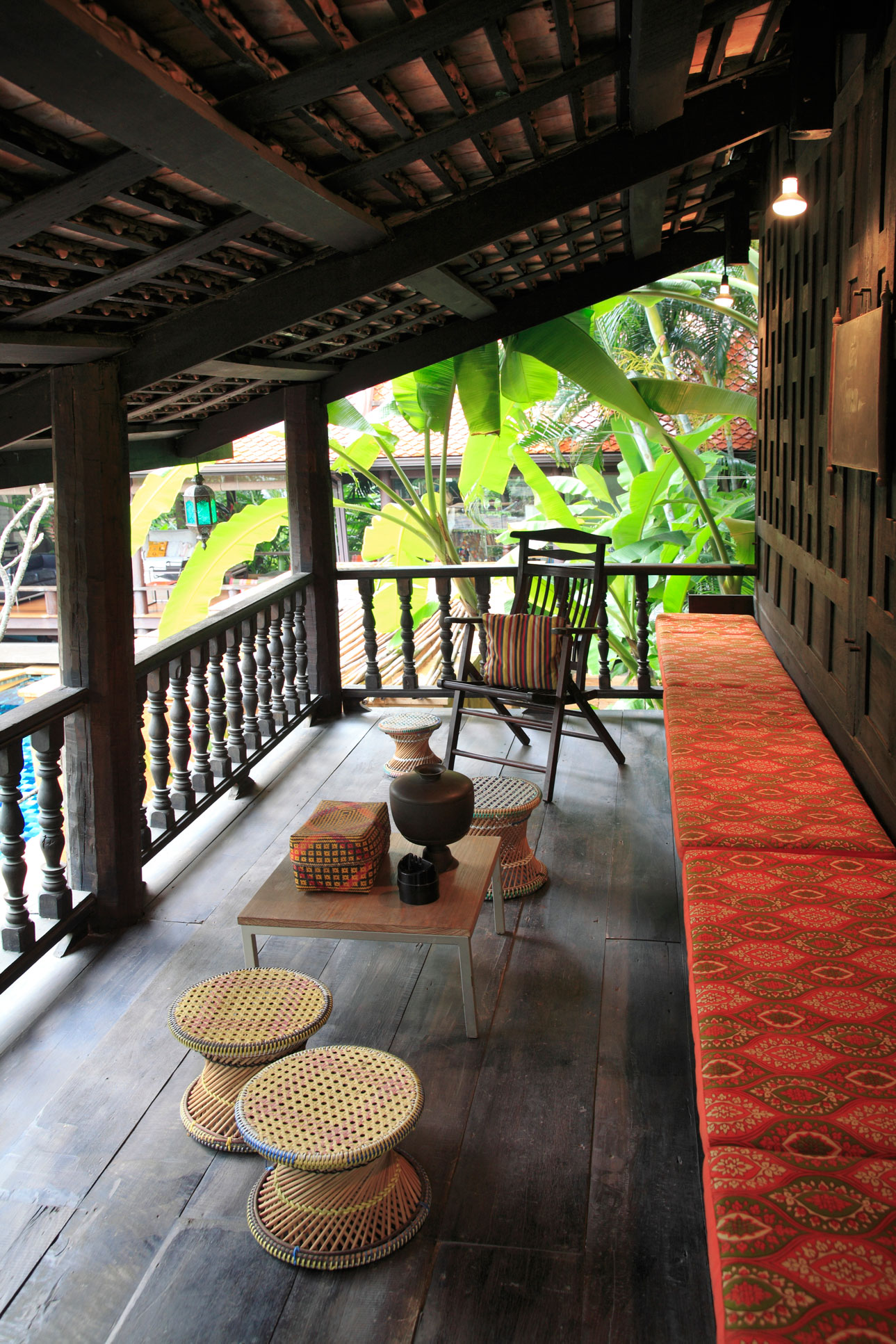 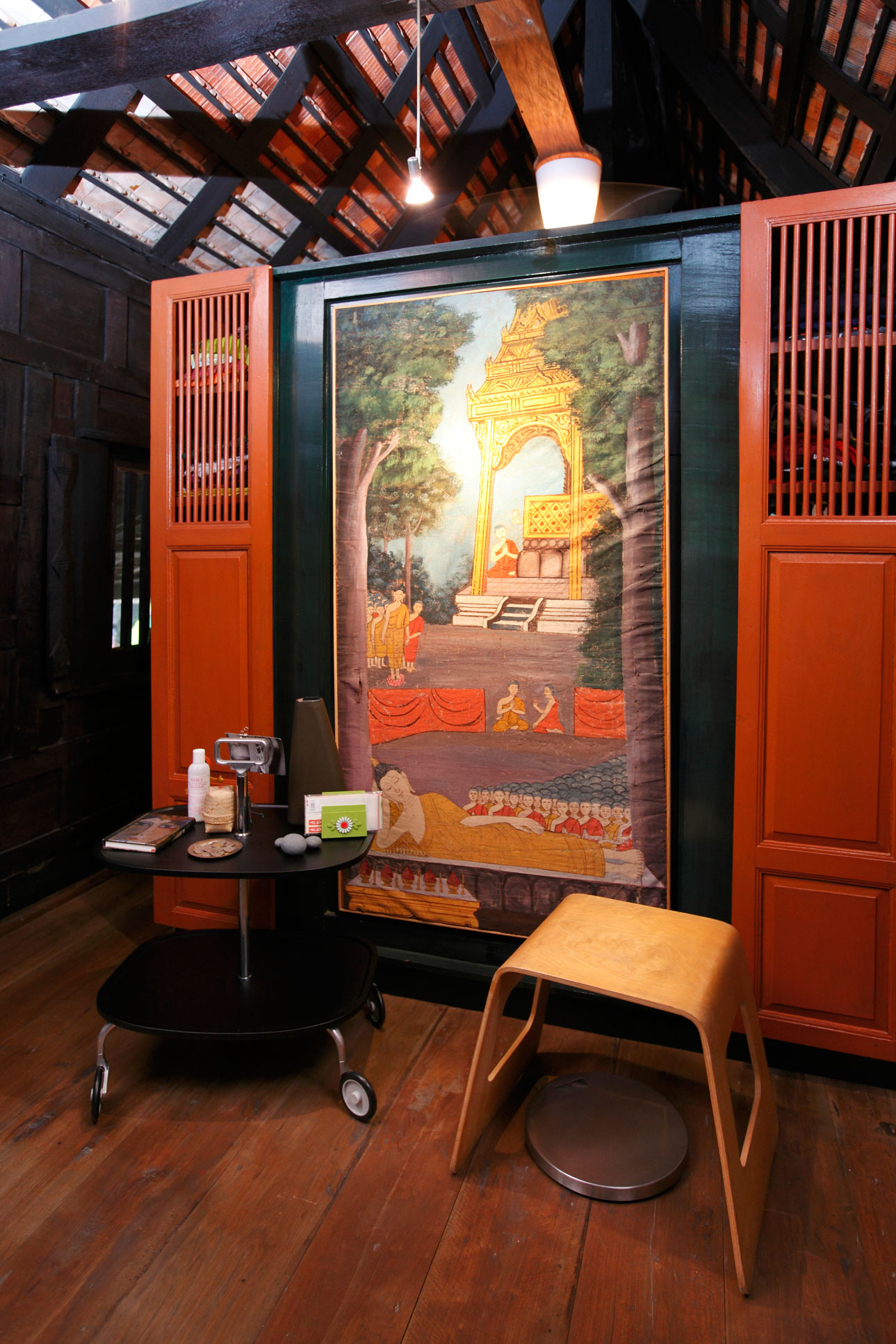 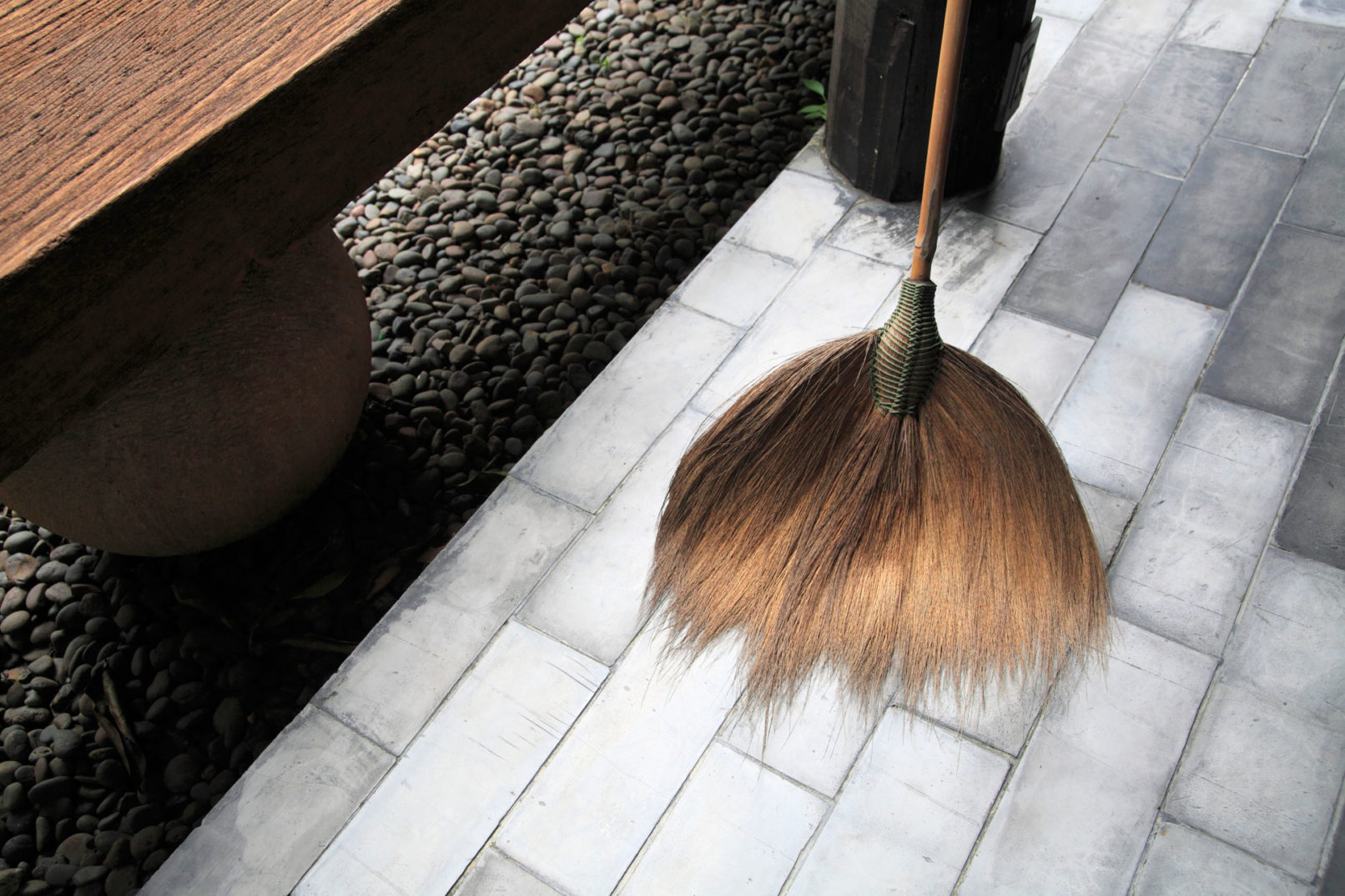 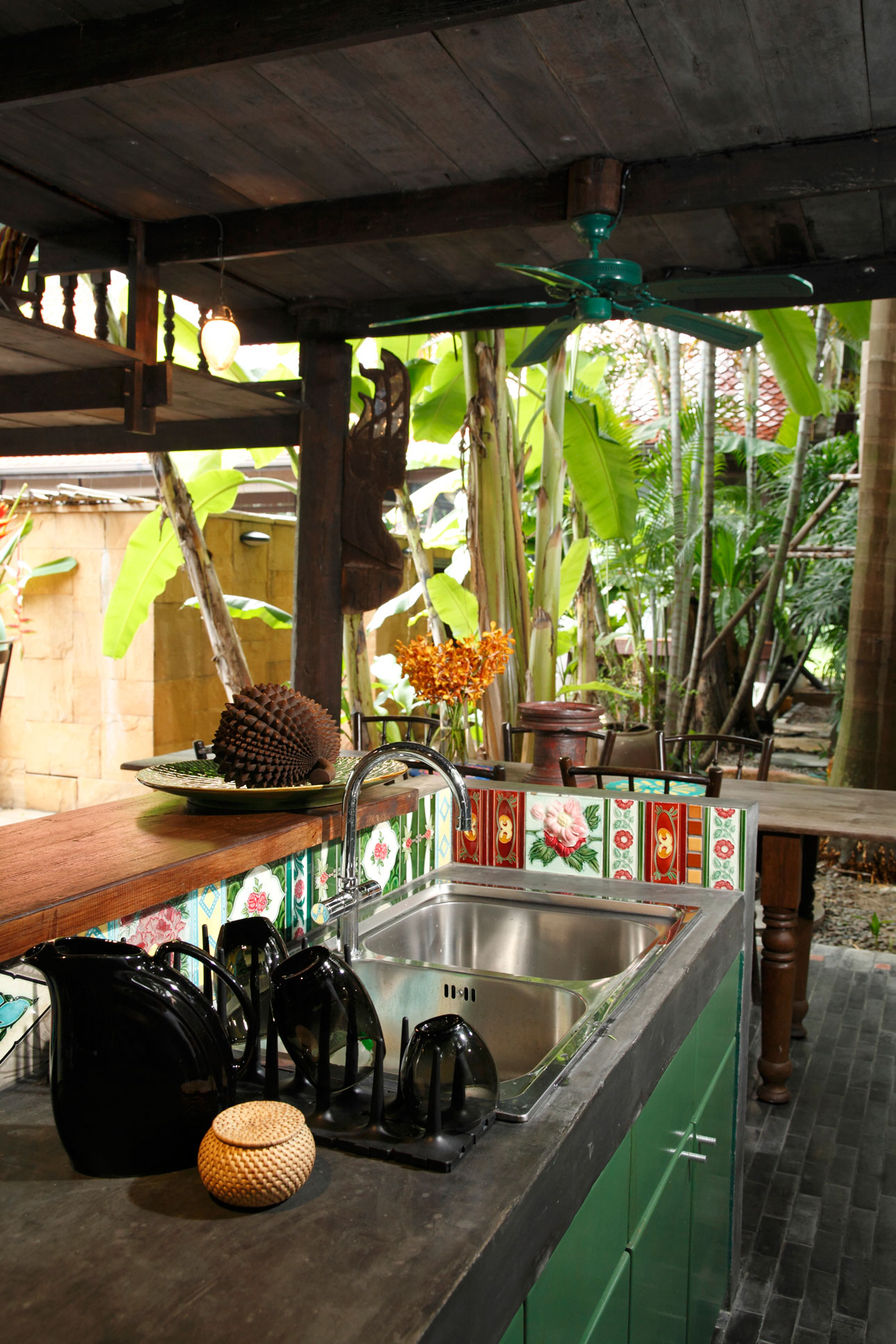 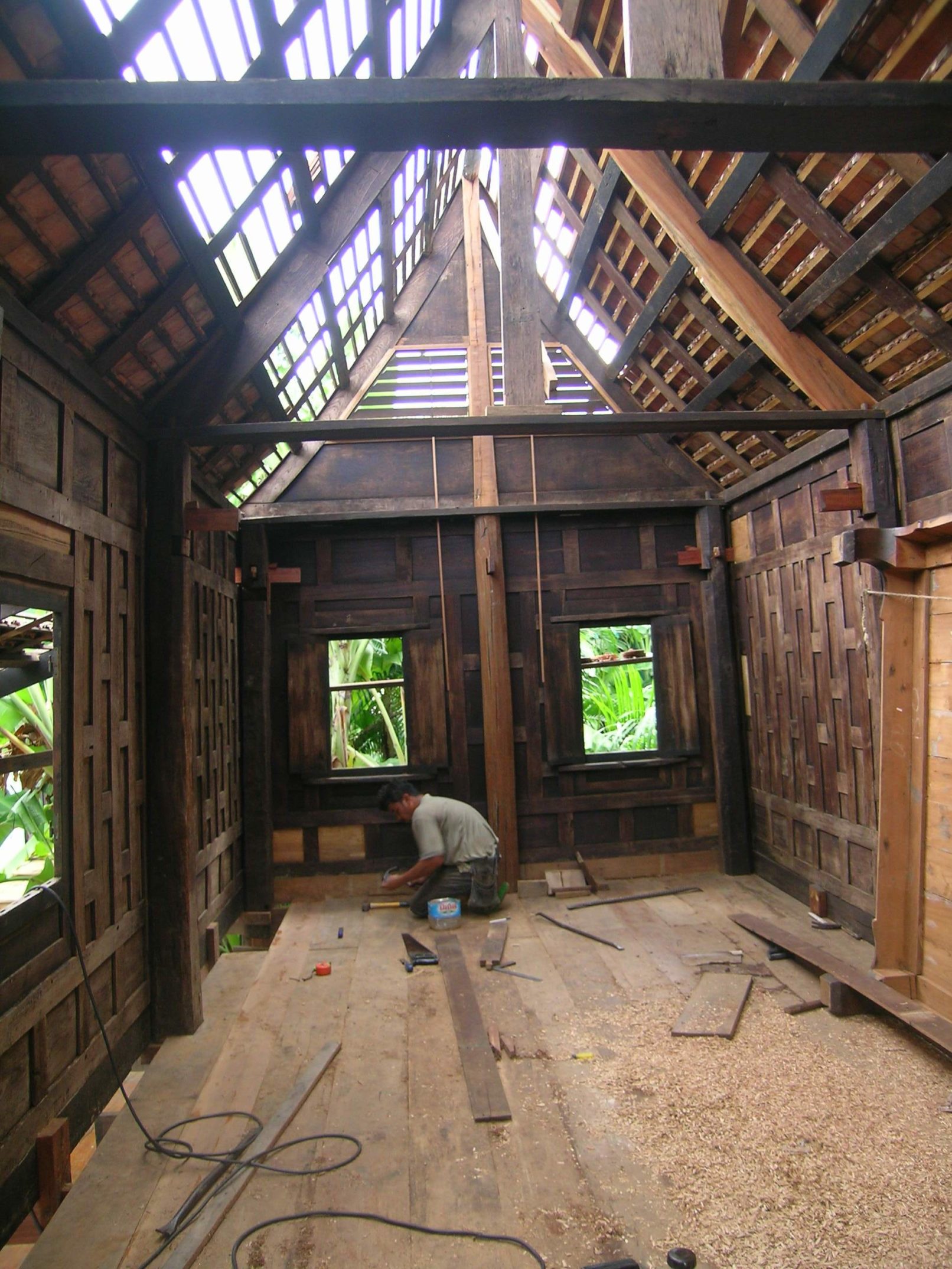 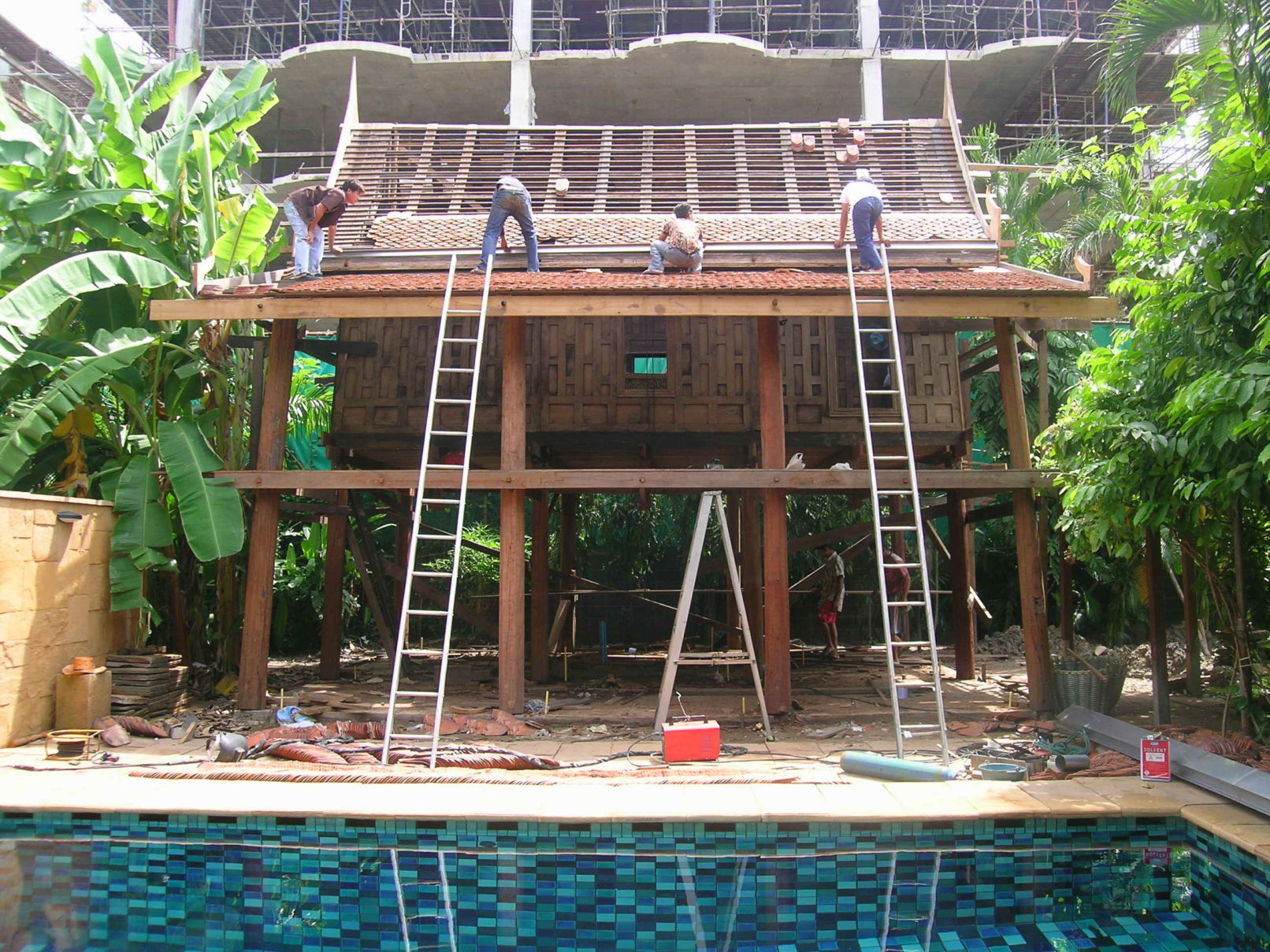